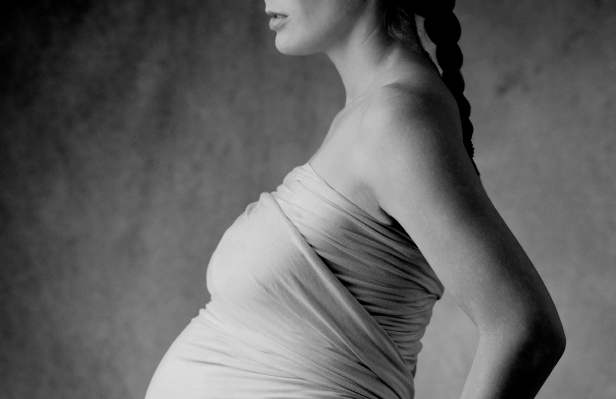 Because of the many inherent differences anatomically specific to a pregnant woman and being that every pregnant women’s’ body is unique, very refined techniques and releases are utilized. Our extensively trained certified prenatal massage therapist will provide a tailor-made massage that is truly beneficial for you and your baby, while easing the pain and discomfort of pregnancy, delivering a safe, relaxing, and effective massage. The goal of prenatal massage is to give special attention to the mother-to-be and nurture the new life growing within her. 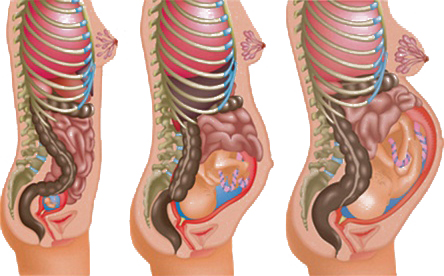 The sciatic nerve stems from the low back and extends all the way down to the feet. In late pregnancy, sciatica can be caused by due to inflammation in the sciatic nerve. This can result from swelling and water retention in the body and growth of the uterus and baby. These things combined, aid in increased pressure in the low back and pelvic floor. Massage can address the inflamed nerve by releasing tension in the surrounding tissues and muscles.

Carpal tunnel is a common condition in the second and third trimester of pregnancy. It is caused by a build up of fluid in the tissues that causes pressure on the median nerve. This can cause numbness and tingling in your fingers and hand. Some women may experience difficulty gripping objects due to the numbness. Massage is very effective at reducing pressure on the nerve, decreasing swelling, decreasing inflammation, and increasing the circulation.

Women produce up to 50% more blood and fluid throughout pregnancy in order to facilitate the needs of the developing baby. This extra fluid aids in preparing the pelvic tissues, tendons and joints to soften to help facilitate labor. Due to this exponential amount of additional fluid in the body, swelling in the hands, feet, legs ankles can be very normal. Massage can activate the lymphatic system to help the body drain away excessive fluid build up.

Stress Reduction Through Massage During Pregnancy

Prenatal massage is designed to focus on the evolving physical, hormonal, emotional changes occurring in the mother. The changes that pregnancy can bring are profound, powerful, and exciting. These changes can however create stress, anxiety, and sleep issues. Prenatal massage provides safe, gentle and effective ways to address common pregnancy related conditions. They can help women avoid medications and other forms of treatment that may have potential side effects, risks, or complications for their growing baby.

Prenatal massage has been shown to reduce depression and anxiety through lowering stress hormones like cortisol and increasing mood enhancing hormones such as dopamine and serotonin. It helps helps women to feel nurtured and taken care of during a transitional time in their lives. 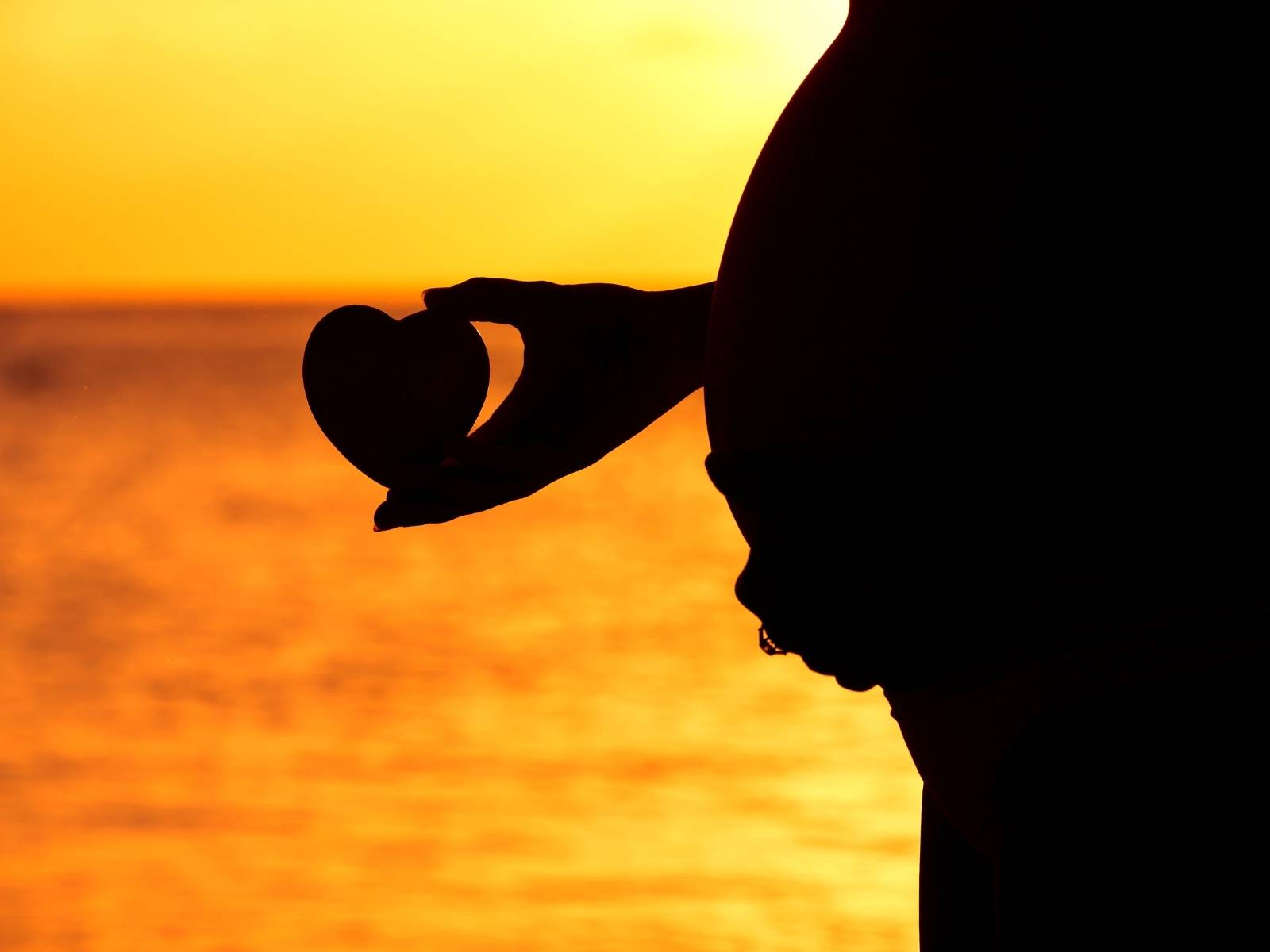 Research and prenatal massage Studies indicate that massage therapy performed during pregnancy can reduce anxiety, decrease symptoms of depression, relieve muscle aches and joint pains, and improve labor outcomes and newborn health. Massage therapy addresses different needs through varying techniques, one of which is called Swedish Massage, which aims to relax muscle tension and improve lymphatic and blood circulation through mild pressure applied to the muscle groups of the body.

Studies done in the past 10 years have shown that hormone levels associated with relaxation and stress are significantly altered, leading to mood regulation and improved cardiovascular health, when massage therapy was introduced to women’s prenatal care. In women who received bi-weekly massages for only five weeks, hormones such as norepinephrine and cortisol (“stress hormones”) were reduced and dopamine and serotonin levels were increased (low levels of these hormones are associated with depression). Women find relief from achy, swollen feet and legs; hand numbness and reduced function.

One hundred and twelve pregnant women who were diagnosed depressed were randomly assigned to a group who received group Interpersonal Psychotherapy or to a group who received both group Interpersonal Psychotherapy and massage therapy. The data suggested that the group who received psychotherapy plus massage attended more sessions on average, and a greater percentage of that group completed the 6-week program. The group who received both therapies also showed a greater decrease in depression, depressed affect and somatic-vegetative symptom scores on the Center for Epidemiological Studies-Depression Scale, a greater decrease in anxiety scale scores and a greater decrease in cortisol levels. The group therapy process appeared to be effective for both groups as suggested by the increased expression of both positive and negative affect and relatedness during the group therapy sessions. Twenty-six pregnant women were assigned to a massage therapy or a relaxation therapy group for 5 weeks. Both groups reported feeling less anxious after the first session and less leg pain after the first and last session. Only the massage therapy group, however, reported reduced anxiety, improved mood, better sleep and less back pain by the last day of the study.

Eighty-four depressed pregnant women were recruited during the second trimester of pregnancy and randomly assigned to a massage therapy group, a progressive muscle relaxation group or a control group that received standard prenatal care alone. These groups were compared to each other and to a non-depressed group at the end of pregnancy. The massage therapy group participants received two 20 min therapy sessions by their significant others each week for 16 weeks of pregnancy, starting during the second trimester. The relaxation group provided themselves with progressive muscle relaxation sessions on the same time schedule. Immediately after the massage therapy sessions on the first and last days of the 16-week period the women reported lower levels of anxiety and depressed mood and less leg and back pain. By the end of the study the massage group had higher dopamine and serotonin levels and lower levels of cortisol and norepinephrine. These changes may have contributed to the reduced fetal activity and the better neonatal outcome for the massage group (i.e. lesser incidence of prematurity and low birthweight), as well as their better performance on the Brazelton Neonatal Behavior Assessment. The data suggest that depressed pregnant women and their offspring can benefit from massage therapy.

Massage therapy has been demonstrated to be effective during pregnancy. Women who received massage therapy reported decreased depression, anxiety, and leg and back pain. Cortisol levels decreased and, in turn, excessive fetal activity decreased, and the rate of prematurity was lower in the massage group. In a study of labor pain, women who received massage therapy experienced significantly less pain, and their labors were on average 3 h shorter with less need for medication. An underlying mechanism we have been exploring is that these effects are mediated by increased vagal activity. This likely occurs by the stimulation of pressure receptors that are innervated by vagal afferent fibers, which ultimately project to the limbic system, including hypothalamic structures involved in autonomic nervous system regulation and cortisol secretion.

Turkish researchers randomly divided 80 pregnant women into two groups: A study group that received a 20-minute foot massage daily for five days, and a control group that did not receive any intervention beyond standard prenatal care. “Compared with the control group, women in the experimental group had a significantly smaller lower leg circumference (right and left, ankle, instep and metatarsal-phalanges joint) after five days of massage,” according to an abstract published on www.pubmed.gov. “The results obtained from our research show that foot massage was found to have a positive effect on decreasing normal physiological lower leg [edema] in late pregnancy,”

The results of “Effect of foot massage to decrease physiological lower leg oedema in late pregnancy: a randomized controlled trial in Turkey” are running in the International Journal of Nursing Practice (Int J Nurs Pract. 2010 Oct;16(5):454-60). – See more at: http://www.massagemag.com/foot-massage-reduces-edema-in-pregnant-women-8111/#sthash.33Kxac9X.dpuf

Studies from the Touch Research Institute (University of Miami)